Innovation & Technology in an Islamic System of Governance

History is a testament to the Muslims’ innovative zeal and technological advancements to tackle contemporaneous needs. During the Golden Age of Islamic civilisation (184 – 802AH / 622 – 1258AD), technological progresses, ranged from architectural designs of minarets, astrolabes and surgical tools, along with mathematical concepts like algebra, only scratch the surface of Islam’s invaluable knowledge contributions. Such innovative advancements are still utilised, even in today’s seemingly sophisticated world.

However, the Muslim world currently experiences and delivers less significant scientific and artistic progress, coupled with receding technological innovations, exacerbated by globalisation rapidly gaining prominence, and the increasing capitalistic prioritisation of economic profit over societal benefit. Although many advantages manifested from such socio-economic evolution, it has been partnered with heavy, and sometimes fatal, consequences; from environmental degradation, such as the insatiable deforestation of the Amazon, to societal deprivation, including fast fashion’s utilisation of modern-day slavery. These repercussions, combined with moral poverty and spiritual starvation, have pushed global civilisation to the brink of collapsing under its own weight. Alternative approaches are not only needed for Muslims, but the world at large.

One such alternative is an ageless, timeless tradition, that is, the Maqāṣid, or Objectives, of the Sharī’ah. Founded upon the internal structure of the Qur’ān, the Maqāṣid foster innovations beyond the economically oriented invention, or betterment of commercial goods and services, as well as, the wider concerns, disciplines, and industries. Within an Islamic System of Governance, social innovations, underpinned by the Maqāṣid and driven by theological motives, integrate revolutionary solutions, via the collaboration of various societal levels, in order to address challenges within civil society.

The question is, how can we operationalise Islamic Governance to meet contemporary necessities, thus achieving the strategic objectives of the Sharī’ah? Innovative thinking is congruent with technological advancement, as it allows for societal members to adapt to current inclinations and anticipate future probabilities, therefore, enabling transformation and adaptability. In times of dire need, innovative spirit and technological consideration blossom and drive Islamic civilisation towards being conducive for the worship of Allah. In view of technological developments’ benefits and downsides, several careful considerations must be discussed.

By its intrinsic nature, Islam creates an innovative society, as evidenced by the past Muslim scholars’ contributions and achievements. Such achievements were driven by a strong Tauhīdic impetus, underpinned by the Qur’ān and the Prophetic Sunnah, leading to the Maqāṣid of the Sharī’ah. Thus, the Muslim world experienced effervescent technological advancements, especially between 133 and 494AH. Such advancements directed to a facilitation of information production and circulation, steering towards the Golden Age of Islamic civilisation.

Qur’ān as the source of Innovative Thinking

The Qur’ān possess a time lock, in way that it will reveal itself when the time comes, and the necessary conditions allow for various innovations. An example of such discovery is the scientific explanation regarding pregnancy. The Qur’ān offers solutions and guidance to both divine and worldly matters. This significance of the Qur’ān was understood by past Muslim scholars. Hence, they integrated Qur’ānic knowledge in all aspects of life, including education, science, and technology. 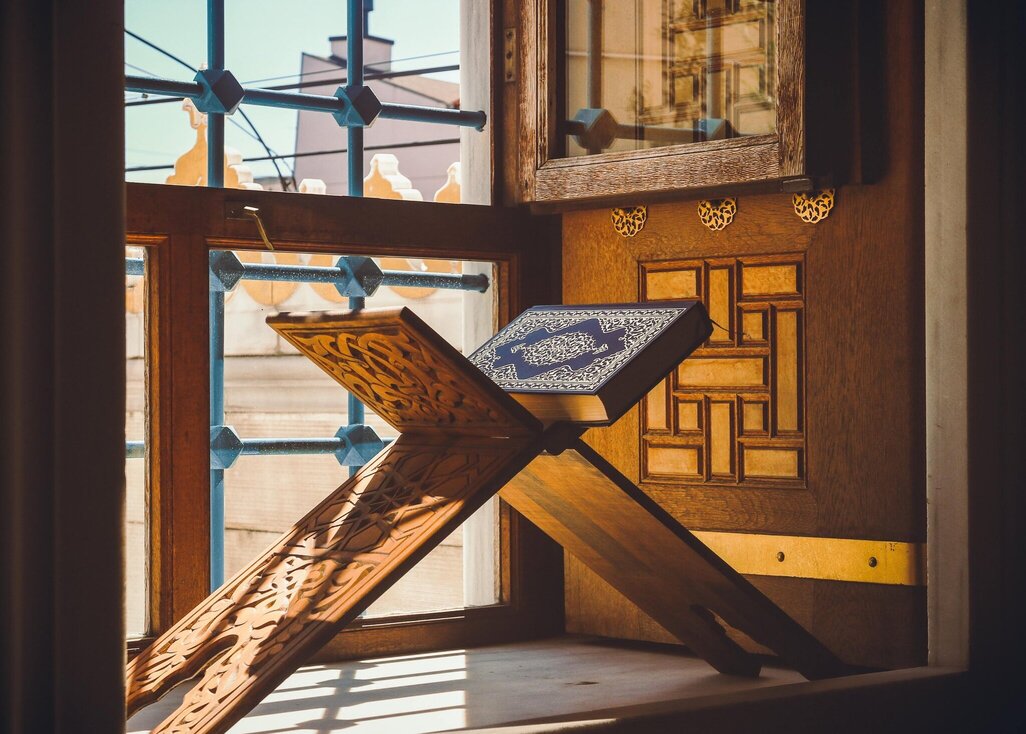 The demands of the contemporary era and Industrial Revolution 4.0 compel the Muslim world to follow in the footsteps of the developed nations. This challenge allows for a need, facilitated by the Symposium, to engage with advanced applications towards achieving the Maqāṣid of the Sharī’ah, such as:

For further information regarding the Symposium, please call +673 832 9747, or alternatively you may contact office.ips@ubd.edu.bn